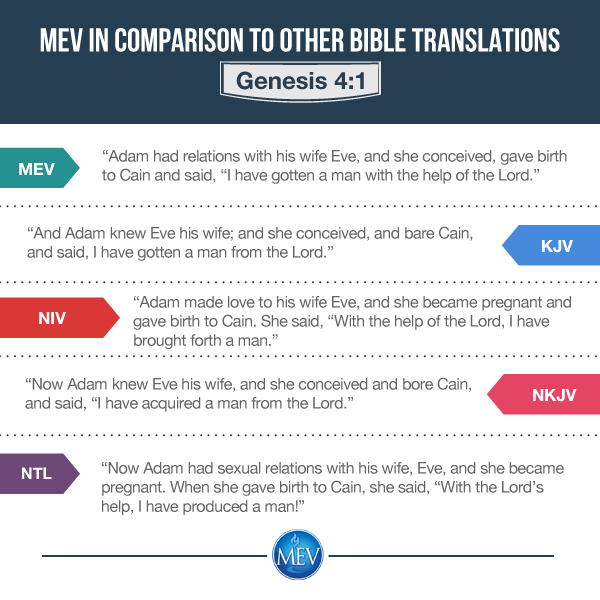 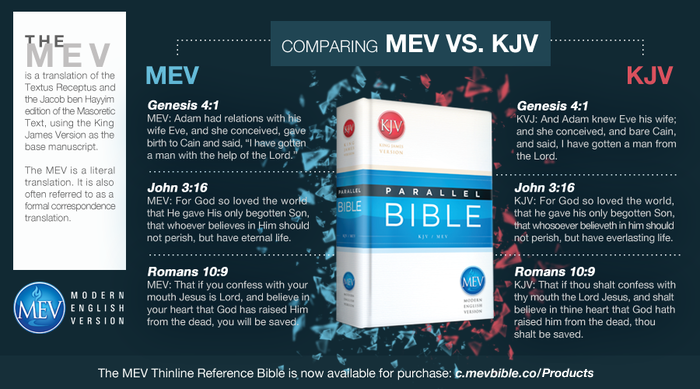 For the sake of absolute transparency, here is the unedited (blog name not inserted) outreach packet from the MEV publisher:

10 Things (Students, Christians) Should Know About The MEV Bible
Have you been thinking about switching to a new translation of the Bible? Do you like the beauty and history of the KJV, but wish it was easier to read and updated for these modern times? Surprisingly, we've found that the new Modern English Version (MEV) Bible is an easy to read, modern word-for word translation of the King James Version Bible. Not only is it easy to read, but it's a great tool to use for a variety of reasons.

Here are 10 things you should know about the MEV Bible:

The MEV Bible was created to preserve the beauty and poetry of the KJV Bible while bringing it into a new generation with modern language tailored to our (students, members, congregations) needs. We believe this Bible would be a great study tool for our (students, members, congregation) because of its clear, easy to understand language, making it perfect for daily devotional use. If you are interested in learning more about the MEV Bible, please visit their website at www.mevbible.com.

Comparing the MEV Bible with Other Popular Bible Translations
As a (Church, College) that supports having a strong relationship with the Lord. We support resources that make it easy to understand and study God's Word. We love how a new translation of the Bible called, Modern English Version (MEV), preserves the beauty and poetry of the KJV Bible by modernizing the language word-by-word. Below, see how it compares to other popular Bible translations that you may already be familiar with:

What Does the Bible Say About Parenting? Spanking?

Lightbearer's Video: http://www.lightbearers.org/womens-ordination-the-moderate-view/
Posted by Our Sword at 5:37 PM 5 comments:

This week the Vatican took another large step towards bringing not only Protestants, but the entire world, under its authority.


In a public address Saturday, July 6, 2014, Pope Francis “lamented the abandoning of the traditionally Christian practice of not working on Sundays, saying it has a negative impact on families and friendships. … While he said poor people need jobs to have dignity, he indicated that opening stores and other businesses on Sundays as a way to create jobs wasn't beneficial for society.


Francis said the priority should be "not economic but human," and that the stress should be on families and friendships, not commercial relationships. He added: "Maybe it's time to ask ourselves if working on Sundays is true freedom."


He said that spending Sundays with family and friends is an "ethical choice" for faithful and non-faithful alike.”

As you may already know, in February of 2014 Pope Francis sent his close friend, Episcopal Bishop Tony Palmer, to a Charismatic Evangelical Leadership Conference hosted by Kenneth Copeland where he acted as an envoy for the Vatican and declared that Luther’s protest is over, urging Protestants to come back home to their mother church, Roman Catholicism.  He also showed a video recorded on Palmer’s iPhone of Pope Francis urging the same.

In May, the Pope met with United States President Barack Obama to discuss religion and politics, as well as the relationship between church and state.

Then in June, a delegation of religious and political leaders were sent to Rome to meet with the Pope regarding the growing ecumenical movement.  Among the delegation was a U.S. Senator from Utah and the mega church pastor Joel Osteen.

Also in June, the Pope brought together the presidents of Israel and Palestine to pray for peace.

And now in July, the Pope calls for the entire world, religious and non-religious, to observe Sunday as the day of rest.

For years people have wondered how it is that the Scriptures could prophecy that the Roman church would rise again to a position of power and influence over the entire world after its control was so weakened by the Protestant Reformation and finally broken when Napoleon’s General marched into Rome itself and removed the Pope from his throne in 1798.

Just 100 years ago it was unthinkable due to prejudice alone.  All Protestant churches still held the beliefs of the reformers that the Papacy was the anti-Christ, the little horn of Daniel 7 and 8, and the sea-beast of Revelation 13.

Common knowledge of the Papacy’s place in Bible prophecy created such a prejudice against Roman Catholics that it wasn’t until 1961 that the United States would allow a Catholic to become President.  John F Kennedy was the first and only Catholic President.

What was once unthinkable is today being seen everywhere.  The Roman Catholic Church, responsible for more deaths and torture than any other power in history, is rising again.  Her deadly wound is healing and she is regaining the power and influence that were hers during the 1,260 years of her reign, the dark ages.

How is this happening?  The Protestant churches have abandoned the Bible-truths taught by the reformers: the prophecies that all point to the Roman Catholic Church as the antichrist power!  They have, in the last 100 years, fallen away from the historical interpretation of Bible Prophecy and have accepted Futurism and Preterism, both of which came from a Roman Catholic order, the Jesuits, as part of the counter-reformation of the 16th century.

The world, when finally able to read the Scriptures for themselves, in their own language, began showing that the evils committed by the Roman Catholic Church were all prophesied in the Bible!  In response, the Catholics developed their own interpretation to combat the Protestants.  They declared that all these prophecies did not, in fact, apply to themselves, the Roman Catholic Church, but instead applied either to events in the future (futurism) or applied to events all in the past (preterism).

But there is at least one church which remains faithful to the Reformer’s historicist interpretation of Bible prophecy, which reveals events as they unfold throughout history from the time they’re given until the consummation of all things, the second coming of our great God and Saviour, Jesus Christ.  Amen.

So, the Protestant churches slowly but surely accept the Papacy’s interpretation of prophecy and, because of this, eventually forget all that the Bible reveals about the power that rose from the broken Roman Empire: The Church of Rome.  Which leads us to today, where the Roman Catholic Church is again rising to a position of power and influence all over the world.

It is prophesied that Protestants and Catholics will unite, and together will cause civil government to force the observance of Sunday.  I urge you to remain faithful to the Bible, which declares that the Seventh day is the Sabbath of the LORD your God, and to keep it holy.

"Perhaps the boldest thing, the most revolutionary change the Church ever did, happened in the first century. The holy day, the Sabbath, was changed from Saturday to Sunday. "The Day of the Lord" (dies Dominica) was chosen, not from any directions noted in the Scriptures, but from the Church's sense of its own power. The day of resurrection, the day of Pentecost, fifty days later, came on the first day of the week. So this would be the new Sabbath. People who think that the Scriptures should be the sole authority, should logically become 7th Day Adventists, and keep Saturday holy." Sentinel, Pastor's page, Saint Catherine Catholic Church, Algonac, Michigan, May 21, 1995

''The [Roman Catholic] Church changed the observance of the Sabbath to Sunday by right of the divine, infallible authority given to her by her founder, Jesus Christ. The Protestant claiming the Bible to be the only guide of faith, has no warrant for observing Sunday. In this matter the Seventh-day Adventist is the only consistent Protestant.'' The Catholic Universe Bulletin, August 14, 1942, p. 4.

"... you may read the Bible from Genesis to Revelation, and you will not find a single line authorizing the sanctification of Sunday. The Scriptures enforce the religious observance of Saturday, a day which we never sanctify." The Faith of Our Fathers, by James Cardinal Gibbons, Archbishop of Baltimore, 88th edition, page 89. Originally published in 1876

Q. Have you any other proofs that they (Protestants) are not guided by the Scripture?

A. Yes; so many, that we cannot admit more than a mere specimen into this small work. They reject much that is clearly contained in Scripture, and profess more that is nowhere discoverable in that Divine Book.

Q. Give some examples of both?

A. They should, if the Scripture were their only rule, wash the feet of one another, according to the command of Christ, in the 13th chap. of St. John; —they should keep, not the Sunday, but the Saturday, according to the commandment, "Remember thou keep holy the SABBATH-day;" for this commandment has not, in Scripture, been changed or abrogated;... Rev. Stephen Keenan, A Doctrinal Catechism; New York in 1857, page 101 Imprimatuer

At the Council of Trent, held between 1545 and 1563, the leaders of the Roman Catholic Church met in response to the Protestant Reformation.  There were some Catholics who believed that the church should, in fact, abandon tradition and accept the Scriptures alone as the standard of authority.

There was no getting around this, for the Protestants' own statement of faith -- the Augsburg Confession, 1530 -- had clearly admitted that "the observation of the Lord's day" had been appointed by "the Church" only.

The argument was hailed in the council as of Inspiration only; the party for "Scripture alone," surrendered; and the council at once unanimously condemned Protestantism and the whole Reformation as only an unwarranted revolt from the communion and authority of the Catholic Church; and proceeded, April 8, 1546, "to the promulgation of two decrees, the first of which enacts, under anathema, that Scripture and tradition are to be received and venerated equally, and that the deutero-canonical [the apocryphal] books are part of the canon of Scripture. ...

Open Letter To the Seventh-day Adventist Church Regarding Women's Ordination

Jeremiah & Jerusalem, Us & the World 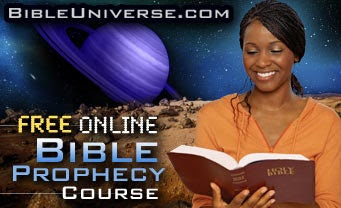 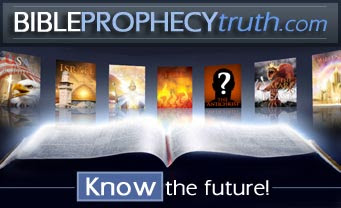 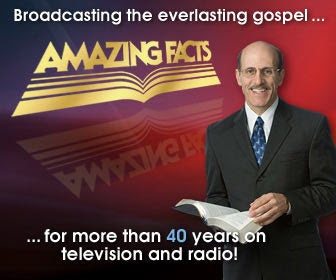 For Bible answers to Bible questions, call "Bible Answers Live" at
1-800-GOD-SAYS
Sunday nights between 7pm - 8pm Pacific Standard Time. Ask Pastor Doug Batchelor (pictured above) and see if you can stump one of the greatest evangelists of our time!